Doc, I‘ve Got to Get Something off my Chest...

Doc, I‘ve Got to Get Something off my Chest...

If he'd lived in different times, he'd have been rowing in a galley or building pyramids in the desert. If he'd been a monkey, the other monkeys would have stolen his bananas. Yes, of course, it's our Lifer again, the eternal victim. He tries to make friends and they break his glasses. He escapes and they don't even need to look for him -he finds his own way back. And when he decides to go on hunger strike and rather die than eat, once again he's probably made the wrong decision: like the cook always says, "with prison grub one thing doesn't rule out the other." But don't worry, the prison doctor is at his side, and he doesn't let anyone die all too easily... Enjoy the black humor in this third Lifer book, and remember: when life's getting you down, don't keep it inside... get it off your chest! 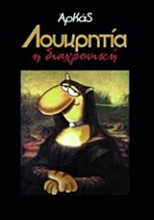 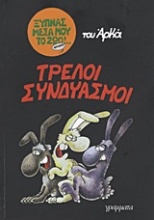