Sailing in the Aegean 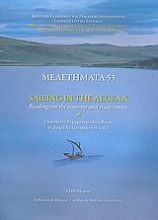 Sailing in the Aegean

Readings on the Economy and Trade Routes

The Aegean is a unique region, in which several ancient civilizations developed. Despite the problems the sea posed for communications and everyday life, human settlement and organization are well attested from earliest times. Moreover, some extremely important cultures took shape in the Neolithic and the Bronze Age. The cultures of the Cycladic islanders, the Minoans and the Therans, were followed by the Egyptians and the Phoenicians. Strong cities and mighty hegemonies arose, such as Euboea, Athens, Macedonia, Thasos and Rhodes, while the Romans had to conquer the whole region in order to cross the sea securely and extend their power further east. All these civilizations, with their close inter-connections and reciprocal influences, as well as their contacts with the world beyond, constituted a strong chain of culture that endured for many centuries. Difficulties created by the sea and the scatteredness of the islands, as well as by hostile incursions from the mainland, had little serious effect on the continuity of life and communication in the Aegean. The Romans, and later the Byzantines, having created an enormous imperium, dealt with the region as a whole. The idea of mare nostrum was eminently appropriate to the Aegean, before it spread to the entire Mediterranean. These waters were always regarded as a factor of unification rather than of separation by the people living on the islands or the shores, as borne out by their rich variety of relations, common reactions and policies. In the restricted space of a volume we can only give some hints or glimpses at the immense circulation of ideas, people, goods, artefacts and coins that took place across Aegean waters in ancient times. That is why we chose not to concentrate on one subject or one chronological period, but to ask for contributions on a variety of subjects and from different periods, each shedding some light on the diverse aspects of life in the Archipelago. It is our hope that "Sailing in the Aegean" will stimulate more intensive and specific studies, and that we shall have the opportunity to return to this subject in the future. We take this opportunity to express our sincere gratitude to all who helped in preparing and printing this volume, as well as to those who have supported this publication in many ways. [...] (from the preface) Contents - Angelos Chaniotis, "Introduction" - Incifer Banu Dogan, Anna Michailidou, "Trading in prehistory and protohistory: Perspectives from the eastern Aegean and beyond" - Marina Panagiotaki, "Exchange of prestige technologies as evidence of cultural interactions and integration between the Aegean and the Near East in the Bronze Age" - Christos Doumas, ""Νόμος Ροδίων Ναυτικός". The contribution of the Aegean islands to international maritime affairs" - Pavlos Triantafyllidis, "Rhodes and the Orient in the 7th century BC: the evidence from a primary cremation at Daphne, lalysos" - Ioannis Touratsoglou, Konstantinos Tsakos, "Economy and trade routes in the Aegean: the case of Sainos (archaic to Hellenistic times)" - Lydia Pakiokrassa, Evangelos Vivliodetis, "Recent evidence on the economy and trading contacts of Andros in antiquity" - Panagiotis Tselekas, Chariklcia Papagcorgiadou-Banis, "Countermarks on the hellenistic coinages of Cyclades" - Angeliki Katsioti, "Aspects of the economic and commercial activity of Rhodes during late antiquity: the case of lamps" - Georgios Deligiannakis, "The economy of the Dodecanese in late antiquity" - Anna Maria Kasdagli, "The provenance of coins found in Rhodes, AD 498-1522: an overview" 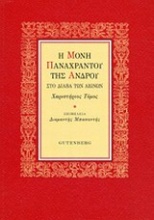 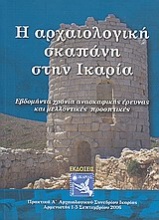 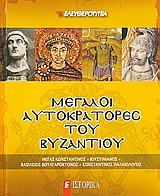 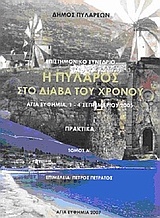